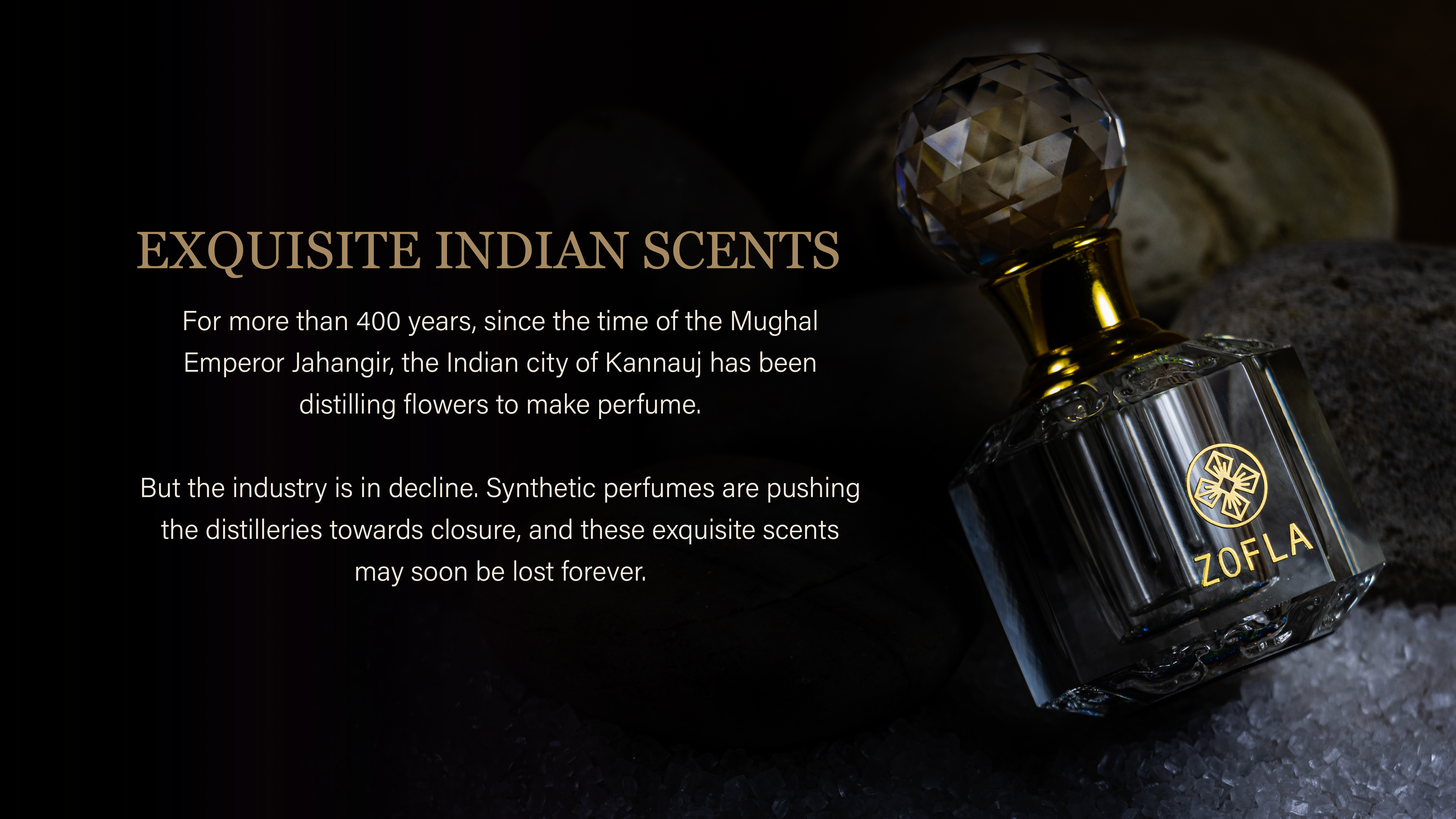 STORY BEHIND OUR STARTUP ZOFLA

Rabab Fatima was born in a noble family on November 6, 1991, in a small town Kannauj, on the banks of the Ganges. Kannauj, the perfume city of India, is located 217 miles southeast of New Delhi, India.

Her family has been guarding the secret of Attar, the traditional Indian perfume, for more than two centuries and is well known for its production. Attar is a super concentrated essential oil generally made from sandalwood or rose. The family makes these oils by the process of distillation on a wood-burning stove. This method of attar making has been in use for centuries.

Kannauj is situated on the historical scent trade route that brought perfumes from India to the Middle East. Kannauj’s perfumeries were famed. And like many artisanal trades, this one is also now being replaced by chemical-based distillation methods, which are cheaper and more comfortable

The traditional attar industry is fast losing ground in Kannauj due to the high costs of production. Up until the late 1990s, there were around 650 perfumeries. Now there are only 100 or so surviving that produce Attar using the traditional method. In a mission to preserve her family’s history and save this dying art of conventional extraction, Rabab started Zofla in 2015.

The philosophy behind Zofla is that we want to create a zone of floral aroma in everybody’s life. Hence, the name Zofla. We are India based producer of natural handmade organic herbal and aromatic botanical products. We are a 100% vegetarian company, and we are committed to providing people with the goodness of nature only. Our products are hand-crafted by artisans & craftsmen with lots of love and attention to detail.

We wish to fill everybody’s lives with scent and all the goodness that nature has bestowed upon us.